A Case for Dinosaurs

In the 1993 hit movie “Jurassic Park” the young heroine, Lex, is inside the park’s main control room. The computer console is in front of her.

The resurrected Velociraptors are pressing hard on doors and windows trying to break through for a tasty human snack. The only hope is for Lex to get all the systems to power up, and get the lights on and the doors locked. For goodness sake, Lex can do it! She presses a button and graphical display of all the park’s systems appears. She exclaims, “It’s a Unix system! I know this!” And predictably, all the techies in the theater laugh and make dinosaur jokes about UNIX. Seventeen years later, UNIX is still around and shows no sign of becoming extinct any time soon, despite the evolution of the Torvalds Penguin. 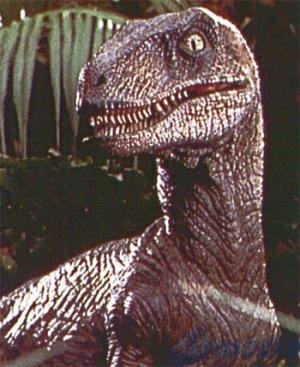 Lately I’ve thought about the extinction of big box content management systems: “When ECM Roamed the Earth” sounds like an episode of National Geographic. Is their fate sealed? Can they find new life? Obviously little furry Drupals and larger Alfrescos scurry about eating the Documentus’ lunch, and evolving into much larger beasts while they prey on simpler life forms in the food chain. All the while, growing steadily, quietly beneath their feet, and now threatening to consume them all is… MOSS!

With all due respect, consider that Oracle literally gives Stellent (UCM) away, bundled with other software. Alfresco Community Edition is free. You can find Alfresco packaged with Adobe LiveCycle. What’s on the menu at SourceForge today?

Let’s say you are a CIO having to slash your budget 30% or more this year, in the relentless race to the bottom line below the bottom line. Just using EMC as an example, let’s say that they approach you with a deal for a million dollar starter kit of EMC CMA with all the bells and whistles, bundled with the storage you are considering. They offer consulting with it to sweeten the deal. Then you notice Alfresco, and it is “lookin’ gooood!” plus Scot, your able IT director, assures you he can support it with one half FTE. But then SharePoint seems so easy to deploy and people actually like it. What do you, the CIO, naturally select?

Here’s a true story from my personal consulting journal: One of our customers went through a merger. The parent company was very deep in enterprise content management experience. The purchased company had no significant experience in ECM at all. In fact they received some CM software bundled with another product and had been trying to figure out how to put it to use.

A project was initiated to import documents of record in various life cycle states, from the old company’s systems and boxes to the ECM system of the parent. Finally they would get some real document management power! A collaboration site was configured for the project. An existing document management repository was configured for project artifacts. A repository for the records was available. When the technical lead reviewed the final, signed version of the business requirements document, he noticed major differences between it, the verbal agreements made, and an earlier draft version of the document still on the collaboration site. When he questioned it, he was told that the final version was from a share drive the team from the old company had been using. Well, they were collaborating, and how simple a solution can a share drive be?

Is there any case now left to be made for enterprise content management, in all its voluptuous Jurassic glory? Do the little furry animals on the scene have the life force to quickly evolve and take over? If all the business wants is a primitive one-celled solution, where is natural selection and ECM evolution heading? Even with divine directions from on high mandating ECM, the animals are unruly, and dinosaurs and mice can both be scary!

I don’t know how long this blog and its offspring will last, but I think there’s still a case to be made for full fledged ECM, no matter how expedient a smaller cheaper and apparently simpler solution might seem at first. What do you think? Did I mention SharePoint?