Learning How to Use Bitcoin: A Beginner’s Guide to Using the Bitcoin Testnet 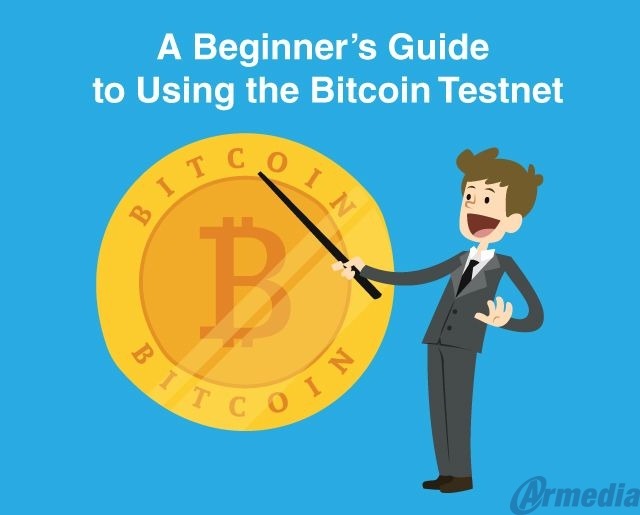 Beginners to Bitcoin may find the concepts and the scope of the network overwhelming. The idea of trading real currency for digital currency can sound scary, especially when the beginner is not familiar with how blockchain works or even how to send and receive coins. An ideal situation for learning how to use Bitcoin would not involve trading real money in the process. In this post, I’d like to cover the Bitcoin Testnet: a zero-risk testing network that allows the beginner to trading Bitcoins as if they were on the main network.

The Bitcoin network is divided, so to speak, into three networks:

Coins mined in one network stay in that network, thus coins cannot be transferred between networks.  It is because of this separation that we are able to use the Testnet as an environment for learning.

Both the main Bitcoin network and the Testnet network contain live blockchains and real users trading real, mined coins.  Bitcoins on the main network have real value associated with them whereas the Testnet bitcoins do not.

The main difference (as far as the beginner are concerned) between the coins on both networks is whether or not everyone agrees they have value.  Testnet coins are given away for free to anyone that wants them. Coins on the main network are traded for goods and services in the same way United States currency is.

Coins for the Testnet are given out for free from what are called “Faucet Websites.” These websites are set up by miners or other users with a surplus of Testnet coins.  They send coins to anyone who requests them and kindly asks for their return when the user is finished with them.

Trading coins on the Testnet is exactly the same process as trading them on the main network. The process goes like this: Blocks are mined, coins are generated by the mining, users are sent Bitcoins by other users, the transaction is recorded in the blockchain, blocks of transactions are mined, and the process repeats. Testnet coins are used to generate transactions in the Testnet blockchain and are used both by beginners and developers who are testing new Bitcoin-based programs.

How to Set Up Bitcoin Core for Testnet

A Bitcoin Core instance can be started with the ‘-testnet’ flag to connect to the Testnet blockchain instead of the main blockchain.

From an Ubuntu machine: download Bitcoin Core and start with the following commands (check bitcoin.org for the latest version):

The bitcoin-qt binary is the GUI version of Bitcoin Core.  The last command will open a new window and start syncing with the Testnet blockchain.

Electrum: What is it, Pros & Cons

Unlike Bitcoin Core, Electrum does not need to download and sync to the entire blockchain.  The upside to this is it only takes a few minutes to get up and running.  The downside is you cannot explicitly trust the blockchain.  Although not trusting the blockchain is acceptable in a zero-risk learning environment, the rest of this blog will refer to Bitcoin Core.

Start Electrum with the ‘–testnet’ command to connect to the Testnet blockchain.  Below are commands that will install and start Electrum on Ubuntu.

After the blockchain has been synchronized you can begin trading Bitcoins (BTC).

On the main Bitcoin network, coins can be obtained from either mining, receiving them from another user, or buying them from a BTC exchange.

On the Testnet network, coins can be requested from Faucet websites such as https://testnet.manu.backend.hamburg/faucet.

Faucets require an address to which they send coins.  To obtain a receiving address, click on the ‘Receive’ button from the top of the Bitcoin Core screen followed by the ‘Request Payment’ button as seen below.

The Faucet will then send a certain amount of coin (usually around 1 BTC) to the address you provided.  When you receive BTC from the Faucet you will see a notification popup and a positive balance on the main Bitcoin Core screen.  You will also be able to see the transaction date, time, amount, and ID from the ‘Transactions’ screen. 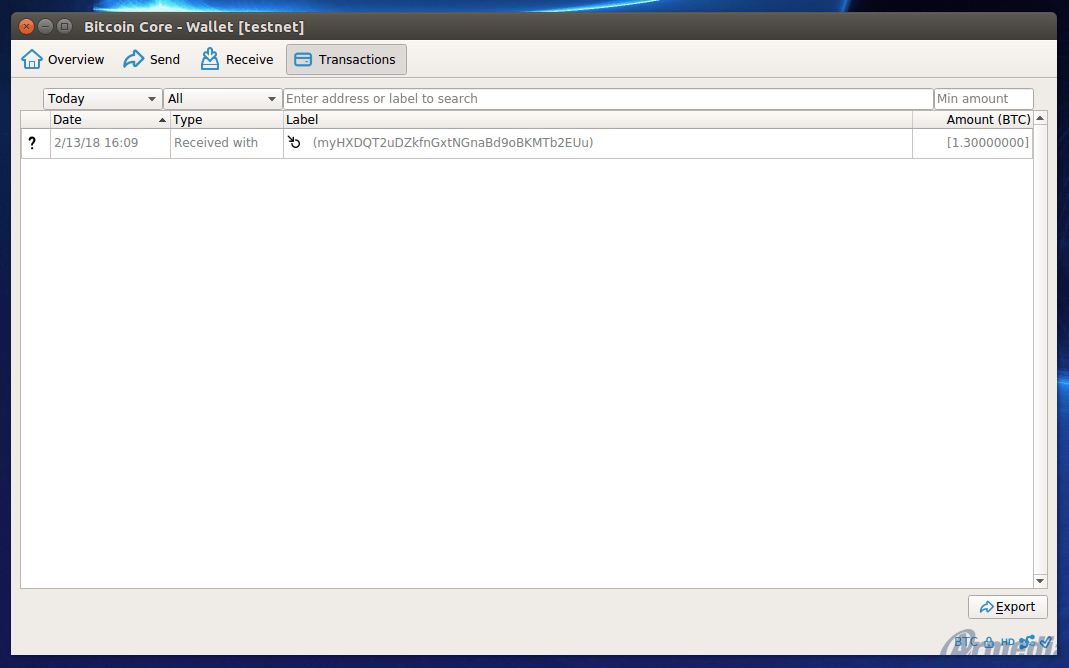 BTC received will not be available to spend until the transaction has been confirmed in the Blockchain. Depending on the software and the level of trust it has of the blockchain, the funds will be available after one or many successfully mined blocks.  From the ‘Overview’ menu you will see ‘Available’ and ‘Pending’ balances. BTC in a pending status is not available to spend.

Sending Bitcoins is the same process but in reverse.  A user will provide you with a receiving address when they are expecting to be paid.  In Bitcoin Core (or any other Bitcoin Wallet) you type or scan this address into the ‘Pay To’ field.

Receiving addresses are essentially the public key in a Public/Private key pair.  The receiver allows you to encrypt the Bitcoins you are sending with their public key.  After encryption, the only way to access the coins, and thus spend them, is to decrypt them with the private key.

Since a public key in a Public/Private key pair is, theoretically, open to cracking, and since the Bitcoin implementation is focused on anonymity, Public/Private key pairs are rotated regularly.  It is common for a user to provide a new public key each time they expect payment.  This behavior is not mandatory, however.  Users that request donations and organizations that don’t require anonymity can give out the same public key for multiple transactions.

Since a user is encouraged to give out many public keys for their transactions they are left with many private keys that access the coins.  These private keys are stored in what is called the wallet.

The value inside your wallet (your wealth) is locked away inside a complex mathematical formula using your public key.  The only key to this lock is essentially the answer to that formula: the private key.  Anyone with access to the private key owns the right to spend the Bitcoins associated with it.

By default, the file that contains the private key is not encrypted.  This leaves the private key open to attack and theft.  Keeping your private key(s) encrypted is a security imperative.  Before you receive or spend Bitcoin, encrypt your wallet in Bitcoin Core by clicking on ‘Settings’ and then ‘Encrypt Wallet…’. 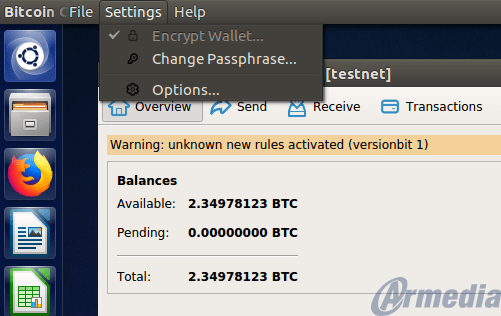 Similarly, if you lose your wallet, you lose your private key(s).  The wallet, when used with Bitcoin Core, is stored in your home directory under a hidden folder called ‘.bitcoin’ as a file name ‘wallet.dat’.  This file should remain protected with encryption and regularly backed up.

Once the transaction has been mined inside a block in the blockchain it will be available to view from a website that tracks the Blockchain.  From the ‘Transaction’ screen in Bitcoin Core, you will find the transaction ID.  This ID can be copied and pasted into a website such as https://testnet.blockexplorer.com/.  See below for an example. 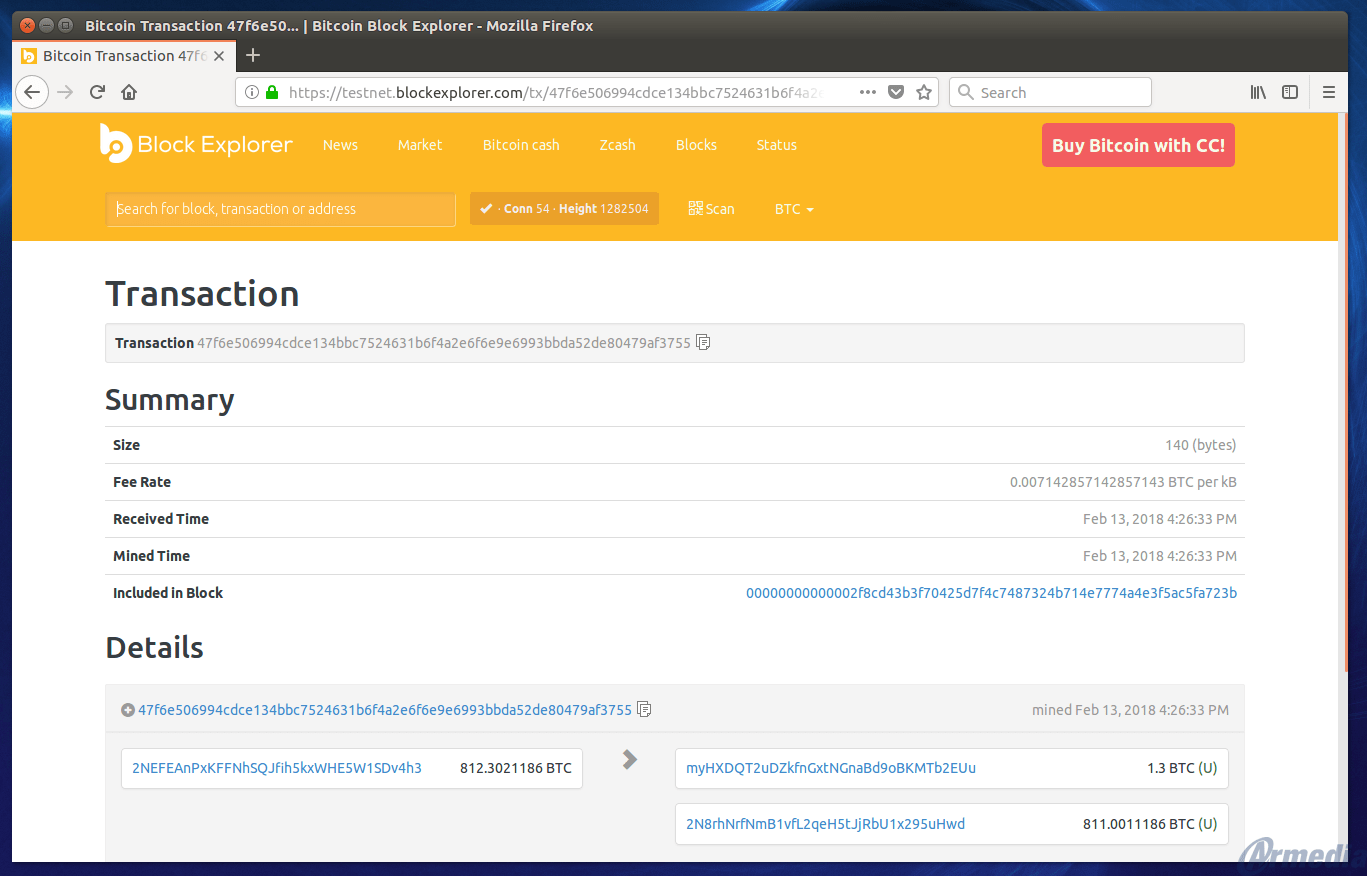 Notice that all information about the transaction is publically available except for the private keys.  This information is available for every transaction that has ever occurred in the blockchain to anyone who wants it.  Also notice, however, that we did not associate our accounts with names, email address, etc.  No identifying information is ever needed to take part in a Bitcoin transaction.  The only thing tying a user to their Bitcoins is the private key associated with the public key to which Bitcoins were sent.

Learning how to use Bitcoin using the Testnet is quick and simple.  It is possible, in just a few steps, to learn how to install and encrypt a wallet, receive coins, spend coins, and track transactions all without spending real money.

All of the steps described above also apply to Bitcoin Core when it connects to the main blockchain.

Once you are done testing and learning, you can restart Bitcoin Core without the ‘-testnet’ flag to get started with real Bitcoin transactions and track them by removing ‘testnet.’ from the blockexplorer.com link.  Also, make sure to send borrowed Testnet coins back to the faucet website from which they came.