This blog is written for everyone, but my recommendation for the reader is to have:

To develop this AngularJS directive, I am going to use all: HTML, CSS, JavaScript, AngularJS, Npm and Bower. For an editor, I am going to use WebStorm which is developed by JetBrains (WebStorm isn’t free but it offers free 30-days trial and I recommend it because it is a powerful JavaScript IDE).

First of all, I am going to explain the process of setting up the structure of the application, so after that, we will concentrate on the process of developing the directive. We are:

After the initialization, we are creating our folder structure: 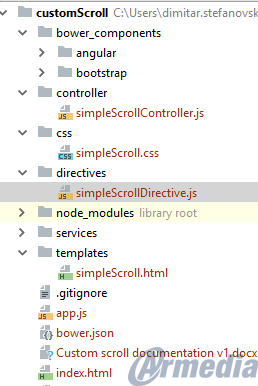 After all pre-setup, we can start explaining all files one by one, but mostly we will hold on explaining the directive “paginationOnScroll”. 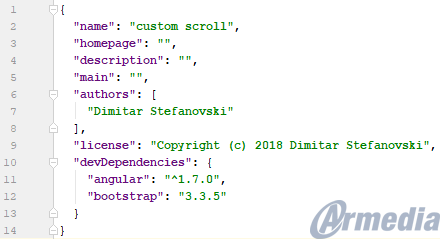 In the bower.json we have few important fields:

This is the place where we are initializing a variable which will be responsible for creating, registering and retrieving AngularJS modules. 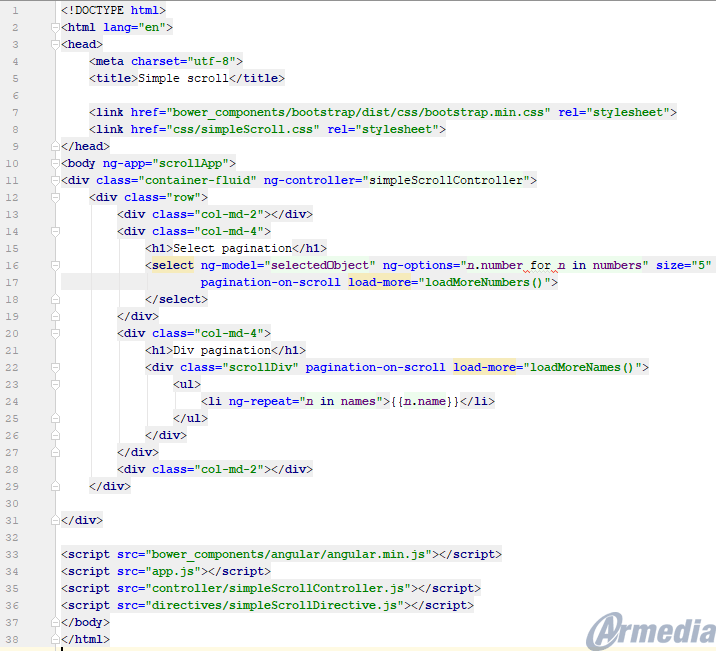 This is our HTML file which is responsible to make our scrolls to be visible when we open the application in the browser. An important thing that I want to mention is that I am going to develop the custom scroll directive on 2 types of HTML tags “select” and “div” which differs in the implementation.

To apply CSS on our application we must link our installed front-end library “bootstrap.min.css” and our custom CSS “simpleScroll.css”.

Also to make our application functional we must add: 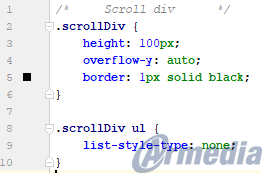 Adding custom CSS to “div” tag to make it scrollable. 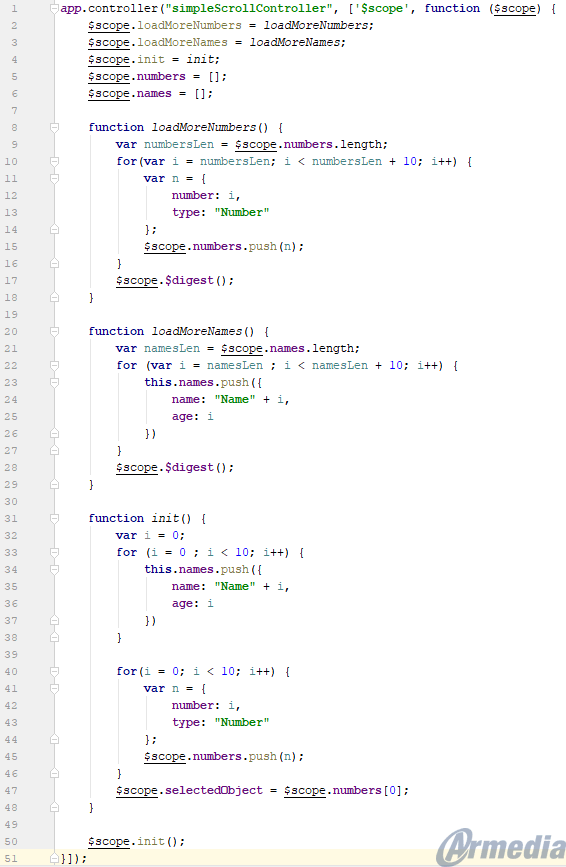 In the controller, we initialize the scrolls and through for-loops, we increase the number of items.

When we increase the number of items in the lists, angular watchers aren’t activated so here we need to do it explicitly by calling “$digest()”. In short AngularJS $digest() reevaluates all the watchers in the current scope object and its child scope objects.

This is the most “complex” part of the process of creating a custom scroll directive. Let me explain every line: 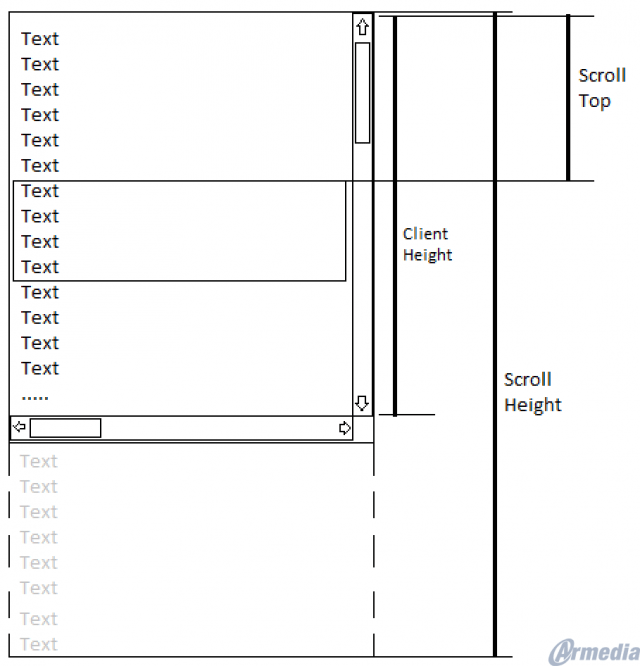 “ScrollTop” vs “ScrollHeight” vs “ClientHeight”