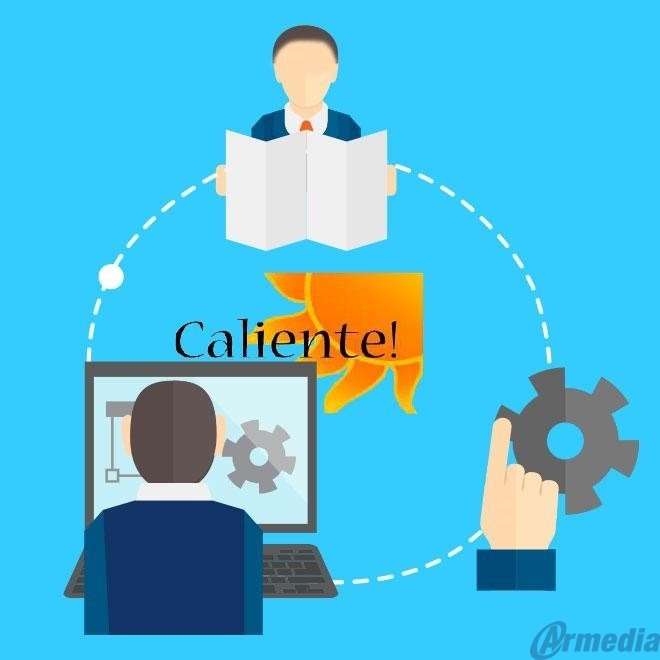 Many organizations get cold feet when facing the daunting process of migrating to a new ECM. Migrating content that is unattributed, unorganized, and unclassified can fill up the ECM with huge quantities of unwanted data, or it may entirely derail the project.

Today’s import tools are tailored for user-driven import tasks or one-time migration efforts. Both solutions are working for specific scenarios in which the functionality is meeting the requirements, but for some import projects, they are not providing the full solution.

A more flexible method is to set up a protocol and integration/import framework that gives a simple and familiar development process for multi-system integration. That import/integration framework should have a high-level upgrade tolerance so that changes in the target or the source can take place independently, so long as content requirements do not change.

Armedia’s Caliente is such an import framework that is providing a flexible environment for the unattended and development batch processing of metadata and content to be loaded into the content repository.

Caliente was used to migrate millions of structured and unstructured pieces of content into a new ECM Documentum based Case Management system. The system was developed to support a large US Government Enforcement and Intelligence Agency to manage investigative cases electronically and help the cause of fighting terrorism.

The vision of this organization was to replace the existing mainframe structured and paper-based data case system with a modern system that supports electronic workflow, records, comprehensive search, evidence tracking, and among other features rich reporting. The ultimate goal for the new system was to support their current functional priorities, including the most important priority – preventing terrorist attacks.

The Agency’s new content repository had many differently structured objects than the mainframe application. This created some challenges as mapping structured data from the old system to content object in the new one was a non-trivial task.

Another challenge occurred in the performance since there were millions of existing legacy record and the new Case Management system can only be shut down for limited periods during weekends. 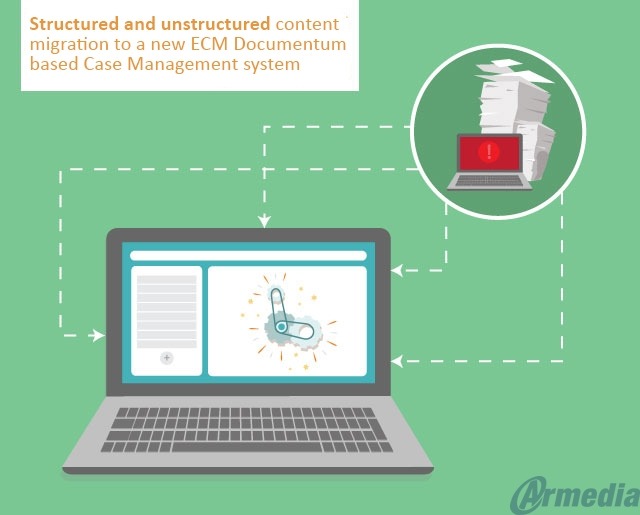 After recognizing that their current solution did not integrate with Documentum, the System Integrator turned to Armedia to support the migration with the use of Armedia’s Caliente. The specific task was to migrate structured and unstructured content from an IBM mainframe-based file system to the Documentum platform.

To reduce the time of migrating millions of legacy content objects, multiple instances of Caliente were run at the same time.

Integration of multiple content sources with content management repositories is becoming a growing business issue, and it cannot be efficiently addressed by collecting one-off app development projects or depending on user-driven migration tools. Configurable and repeatable middleware that simplifies the content exchange between systems will decrease the total cost of ownership. It will also protect organizations from expensive remediation when the target system or the source has to be replaced or upgraded.

The documents are essential to any organization and during the migration you need to make sure all documents are migrated to the new system without any negative impact on the integrity of the documents or your business.

Armedia’s Caliente offers a low-cost option that adjusts the supportability of packaged integration with the flexibility of custom development. Because of its open architecture and flexibility, Caliente can support the most common import scenarios facing organizations today.