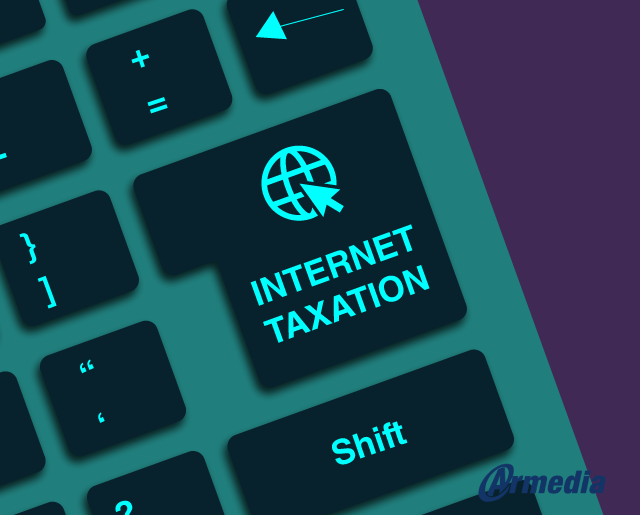 Several years ago, while I served as an Adjunct Professor at Howard University School of Business, I developed a project-based learning course as requested by the Computer Based Information Systems Department Chair. Each semester, student project teams were given a real-world problem and asked to develop an IT solution based on new developments in industry or to address existing industry problems.

The project was born from the Mainstreet Fairness Act which later morphed into a Supreme Court ruling in 2018. Mind you, this student project was undertaken in 2006. Since that time, some states have acted upon Internet Taxation, most notably against Amazon and Wayfair, which drove the creation of new job development by the relocation or installation of new Data Centers. Why is this relevant now?

State Governments are leading the way in the adoption of Internet Sales Taxation. When you make a purchase now online, as I recently did with Wayfair, I see the Sales Tax calculated within the order. Some states and likely many others with a known Internet Commerce Entity operating (i.e., Amazon, Wayfair, Joss & Main, Hotwire, etc.) are making real-time decisions in their state assembly meetings as to whether to collect the sales tax for the seller or the receiver of the product or service.

At least 4 states have launched Internet Taxation plans as of January 1, 2019, including the state of Georgia, Iowa, Louisiana and Utah. In 2018, the United States Supreme Court rule in favor of the State of South Dakota against Wayfair, that a state may require a collection of sales tax by out of state internet retailers who sell product or services in the state.

A checklist was created to gauge the fairness of the application of the Sales Tax Collection called the “Wayfair Checklist” to ensure that the law was applied fairly to both out of state and in-state Internet product and service providers. At least 32 states are working to pass laws or regulations to require sales tax collection for online retailers that provide a type of internet-based commerce.

Impact on Records and Information Management

It represents a new phase in Electronic Record Keeping, this time focused at the dataset level for record inventory collection within the financial information systems that is responsible for calculating the tax, generating the component record associated with the invoice and finally the data warehouse to be used for revenue and tax recognition. A new search for records and information management opportunities could include “Internet Sales Tax Records”, “Digital Sales Records” or “financial information management for internet taxation”.

Most states will likely have to make some type of IT Adjustment to modernize their sales tax collection systems for the ability to collection Internet Sales Tax while others are likely being besieged by KPMG, Deloitte and other Big Six Consulting Firms. These guys come at a high price point and carry no more expertise than any other firm.

Perhaps years from now, the IRS may eventually be required to institute a federal level SSUTA (Streamlined Sales and Use Tax Agreement or some version of it) to support the financial health of the Federal Government and thus enter the game of internet sales tax collection.

The recent RFI released back in December by the IRS called for presenting awareness of essentially a case management tool that would support the Chief Counsel’s office at the IRS. It’s a given that many legal fights are pending and Legal and Financial Holds could be put on records’ components to respond to any contested Internet Sales Tax collections or resulting disputes.

Admittedly random thoughts, but given that the adoption of Blockchain is working its way through the states and some states are offering resident businesses the option of paying their tax via Blockchain transaction, it’s only a matter of time because the two (Blockchain and Internet Sales Tax Collection) are integrated into a single dataset and formally recognized as an official Federal, State or Local Jurisdictional business record.