The State Of Public Defenders Workload: Can AI Fix The People Gap? 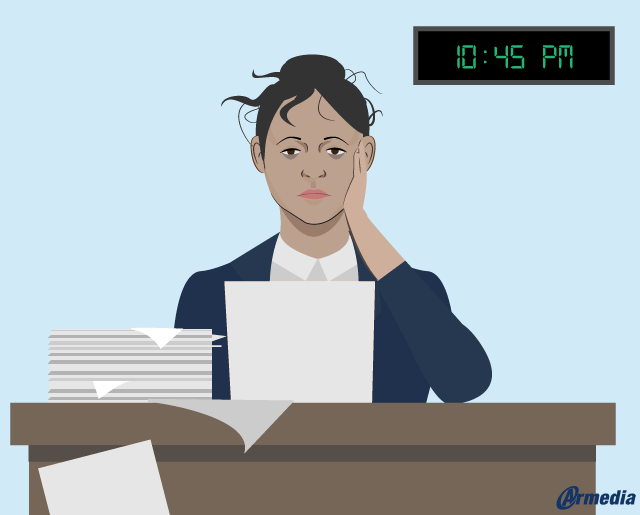 50 years after the historic Gideon vs. Wainwright, many legal advocates believe that the justice system is still failing the poor. Many think that it’s a class issue, that the poor don’t deserve the same legal protection. But I think there’s a different perspective on the problem, and I think I have a solution for it.

As the Innocence Project reports, Public Defenders’ caseloads in some US states include about 80 to 100 cases per week.

That’s an impossible schedule to fulfill, no matter how dedicated legal workers are.

The good part about the US Justice System is that every citizen in America has the right to be represented by a Public Defender if they can’t afford a lawyer.

The unfortunate part is that the number of these citizens is huge. In fact, more than 80% of those charged with felonies can’t afford an attorney. As a result, hundreds, even thousands of people end up in jail, and many times because their defense was not as effective.

And how could it?

According to the Innocence Project statistics mentioned above, an average Public Defender that works 40 hours per week has only 20-30 minutes to devote to each case.

So, how could one Public Defender handle all these cases in a week, every week, for years… and do it right?

To any justice-loving person, this is alarming. We can’t have innocent people ending up in jail. Not in the US. Not in the 21st century. 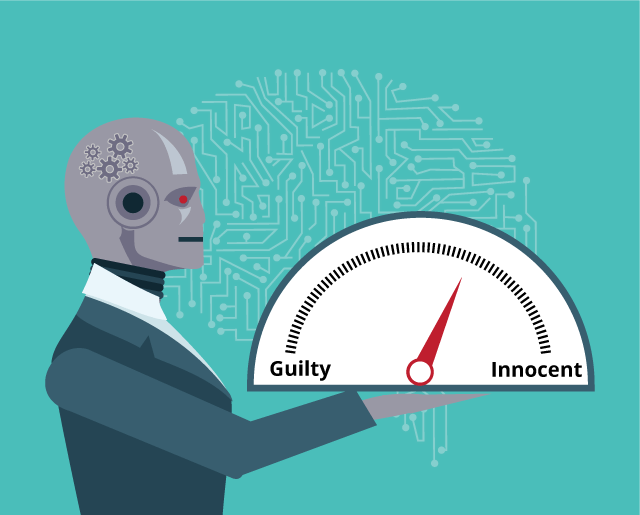 When thinking of Artificial Intelligence and Legal Sector, many people probably imagine some robots defending real people in court. Some legal workers even fear that AI will replace lawyers. At the same time, some convicted people actually hope that once robots take over, justice will be executed more reliably.

Jokes aside, AI is not here to replace people. AI is here to enable them to do good: better, faster, more reliably.

Throughout the past few years, AI has proven to be a good assistant to people. And today AI has proven very useful in almost every industry. From healthcare, industrial research, and development, all the way to the Legal Sector.

And AI is indeed making enormous changes in the Legal sector. Combining machine learning and controlled training sets, we can now train systems to tell the difference between a positive dominant sentiment in a court hearing, from a dominantly negative sentiment. AI and pattern recognition is a very interesting subject and we’re making great use of it in the legal sector. Feel free to learn more about that here.

For now, let’s focus on how AI-powered solutions can help Public Defenders specifically.

1.   AI-powered Transcription of Hearings and Pre-Hearings

Wouldn’t it be great to have an AI-based transcription platform that will work as part of a Legal Case Management Module?

In the beginning, when we came up with this idea it seemed unachievable to many, but not to us.

Now, thanks to AWS and their AI-based transcription platform, legal workers can enjoy the benefits of such an integration.

By transcribing witness interviews, court recording, hearings and other legal documents in multimedia formats, Public Defenders can easily search through them by keyword/keyphrase. This AI-based platform helps Public Defenders find the information they are looking for much faster and easier, and further manage that same information together with all of the other case-related data. We’ve made this possible with our Legal Module for ArkCase.

I’ve already mentioned sentiment recognition, so let me unpack that a bit more. The idea of an AI-powered system that recognizes human sentiments is well known to the world of AI.

This tool uses linguistic analysis to detect emotional and language tones in a written text.

The point behind using such a tool in Public Defenders practice is that it would help them use trial or pre-trial transcriptions. Amazon Comprehend can analyze transcribed hearings and interviews of the people on trial, and recognize their sentiments.

A Public Defender can use these AI-provided facts and build a defensive line that works in favor of their client.

Using such a system on pre-trial interviews would help Public Defenders to build a proper case in less time and to defend the person with higher efficiency.

And this can become more than just an idea. Public Defenders could unburden lots of their weight using such a tool.

One more somewhat futuristic idea of how AI could help Public Defenders is the idea of face and expression recognition.
I am talking about an AI-powered facial recognition tool as a real-time lie detector.

My idea is that, hopefully soon, we will be able to upload videos and run the videos through facial recognition software. The software will do lie detection based on known “Truth moments” and “Lie moments” of the people in the video. Similar to how the old lie detectors work with setting thresholds. Only, this would be using facial expressions of people from recorded videos, or in real time during the court hearings.

Although a little more advanced, this idea is totally achievable and a great promise for the future of Public Defenders.

I can’t help but run a few years in the future and see a Public Defender using AI-powered tools to quickly and easily go through documents and pull data-based conclusions and build a strong case for their client.

Overworked attorneys are poorly prepared attorneys. And considering the current situation of our Legal system, that is true for every Public Defender in the US.
But, with the evolution of AI technologies, Public Defenders can finally get the help they need and improve their operations.

Having a system that can figure out the reliability of the story that each witness has stated, together with their emotions and sentiments can be a silver bullet for Public Defenders. It would make their job much easier and much more effective.

All of these AI-powered tools can bring more confident conclusions among Public Defenders and consequently more effectively built cases.

Our Armedia Legal Module does just that. We enable legal workers to reliably transcribe multimedia materials from hearings. These transcriptions can easily be analyzed for sentiment recognition. And I really anticipate the day when we’ll be able to run an entire video recording and show how sentiments change based on facial expressions. That would be a lie detector of a new kind.

Armedia has already various collaborations with AWS. We have integrated AWS cloud and AWS Transcribe in our Legal Case Management solution to provide better solutions for the Legal Sector.

If you want to learn more about our Legal Case Management solution and collaboration with industry leaders like ArkCase, AWS, Alfresco etc. take a look at our articles. What are your thoughts on this subject? Please share them with us in the comments section below.

If you have any questions, don’t hesitate to contact us.