Setting Up a Virtual Environment

It wasn’t that long ago when a development environment required multiple physical computers to perform tasks from the mundane to the most sophisticated. While the virtualization of these environments became more adopted, software vendors introduced new products and services to meet with the demand. Alternative solutions and products emerged. Today, there are many products from which to choose. This article is not intended to provide a comparison of those products or provide the pros and and cons for choosing one product over the other, however, to demonstrate a development virtual environment that produces results.

VirtualBox, backed by Oracle, is a free open source virtualization product for enterprise to the home user. It is capable of running on most operating systems from Windows, Apple, Linux, to Solaris. For this development environment, a workstation running Microsoft Windows is the development computer. From the VirtualBox platform packages, at the time of this writing, VirtualBox 4.3.6 for Windows hosts is selected for the VirtualBox downloads page. 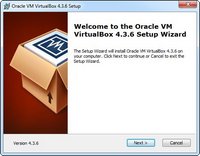 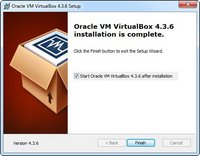 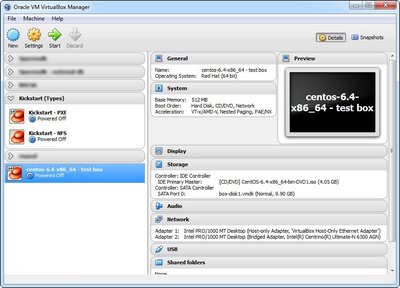 This development environment primarily tests various applications, settings, and configurations in Linux. To that end, one of the first virtual machines created was a Linux distribution (“CentOS“) to run Kickstart to perform automatic unattended installations. Kickstart can be configured many different ways, and as may be seen from the image above, development for PXE and NFS setups exist. Once the Kickstart configuration is setup and ready to go, a new virtual machine may be created, started and connected to the Kickstart server to receive the operating system and custom configurations.

To demonstrate the role of maintaining multiple snapshots in development is an example of working with the Linux firewall, more specifically – iptables. Modifications to iptables may be made using via command line, as demonstrated in the example below, or via the system-config-firewall utility.

Assume for a moment, that the iptables has many customizations made using various commands and editors. Then that one final update was made using system-config-firewall utility. 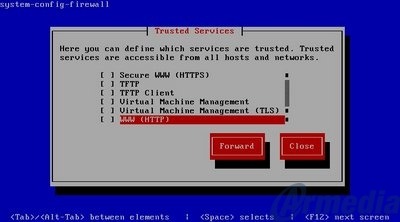 Another example where a snapshot saved the day occurred when a virtual machine would not start. For one reason or another it was corrupt. Fortunately, a system restore using a snapshot had the system up and running in just about a minute.

While alternatives to VirtualBox are available, virtual machines created with VirtualBox may be exported and through some conversion ported to an alternate third-party application. Imports into VirtualBox are also made possible through various tools.

There is yet another added benefit to selecting VirtualBox as the virtual environment for choice. It is free. VirtualBox is the application of choice for this development environment.