In the first article in this 3-part series The New Data Visualization – This is Not Your Father’s Pie Chart we discussed the three main categories of data and the standard methods used to best portray each of them. If you haven’t read that one yet I’d like to suggest you CLICK HERE and do that first as it will give you a good foundation through which to understand this article.

When beginning to craft a data visualization solution, it’s important to understand the scope of your task. Often times, a very large amount of data will be the starting point. What we want to do first then is use this data to give us clues about where we need to focus our time. We aren’t going query on this initial dump, we’re going to put it into a tool that will show us what we have.

A good way to illustrate this tactic is via a network diagram. Also referred to as node/link diagrams, these are charts that show us how entities – the nodes – are “linked” to other entities in our data set.

Look at this screenshot from an open source tool called Gephi 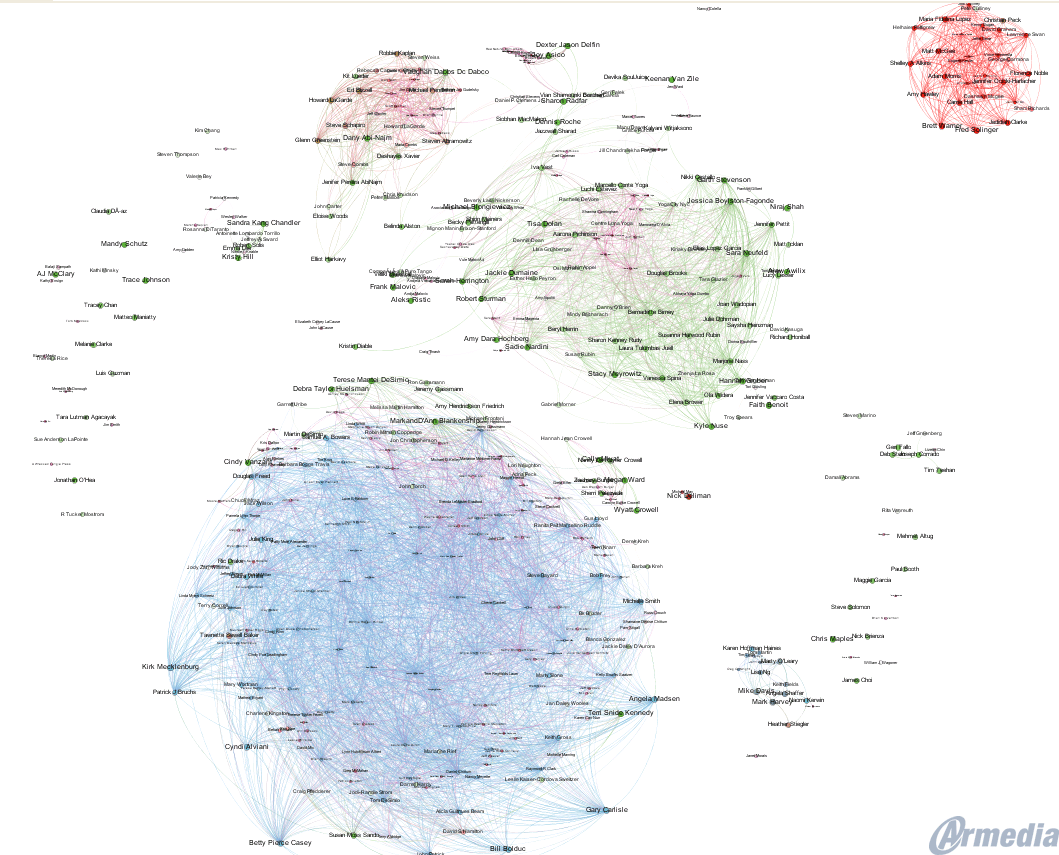 END_OF_DOCUMENT_TOKEN_TO_BE_REPLACED

The New Data Visualization: This is Not Your Father’s Pie Chart

What is Data Visualization

While there are a few different schools of thought on what Data Visualization really is, ranging anywhere from Excel spreadsheets to 3-foot-long Infographics, in general, it is the practice of turning raw, abstract data into usable, visual information via charts, graphs, and pictures.   We all know the saying, “A picture is worth a thousand words.”  In Data Visualization we transform abstract information into visual stories and clues that align with the powers of human perception and understanding.  We play to the way our brains are wired to work most efficiently and, in effect, we turn a thousand words, or numbers, into knowledge representation.

Data Visualization is a way to use our natural ability to learn quicker through pictures and “visuals”.  Some of the more basic forms of data visualization are things like pie charts and bar graphs.  Through the use of several different types of newly available, open-source javascript libraries, data visualization has gone way beyond those two forms.  Other tools are making use of Adobe Flex, Perl, Python, and Java just to name a few.